4 Things to Avoid Doing before Filing for Bankruptcy

When bankruptcy is the best option for resolving a serious debt situation, people usually do not run out and immediately file the paperwork to begin their case. Instead, they generally have to get their affairs in order, take a credit counseling class and prepare the necessary documents. This can mean that, commonly, it will be at least a month or so from when people decide to pursue bankruptcy to when they actually end up filing for bankruptcy.

During this window of time, it can be crucial to be very careful to not do anything that could prevent the court from approving the discharge of their debt. Below, we’ll point out some of these things to avoid doing.

Before Filing for Bankruptcy, Avoid These Things… 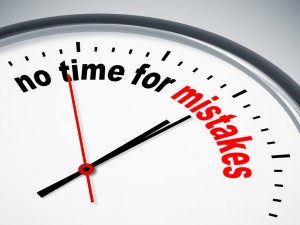 Making these mistakes before a bankruptcy case can prevent people from being able to get their debts discharged, a Denver bankruptcy lawyer explains.

In general, it’s never a good idea to not file your income taxes. However, if you know you’ll be filing for bankruptcy in the near future, it’s even more critical that you follow through with this obligation. This is because, without tax returns for at least the past two years, a bankruptcy case can be dismissed (as there will not be a definitive way to establish what a person earned).

2 – Acquiring a lot of new debt

When people know they will be filing for Chapter 7 bankruptcy, which will discharge their credit card debt (among other debts), it can be very tempting to want to go out and rack up a bunch of new credit card debt. Doing this, however, is a terrible idea, as it can:

Another thing that people can be tempted to do before filing for bankruptcy is to transfer some of their prized assets to family members for “safe keeping” or possibly to try to conceal them entirely (by, for instance, saying the asset was lost when, in fact, it’s hidden somewhere).

This can, again, constitute fraud in bankruptcy, possibly preventing someone from getting their debt discharged, if not causing them to face criminal charges.

Or, put in other words, this mistake involves waiting too long to file for bankruptcy. If creditors are sending you letters to warn you that they are planning to proceed with a wage garnishment, repossession or lawsuit against you, filing for bankruptcy ASAP can be essential to stopping these punitive actions.

This is because, when filing for bankruptcy, an automatic stay takes effect, stopping creditors from taking any of your property (the notion is that, once people have filed for bankruptcy, no single creditor should be able to go in and take everything, preventing other creditors from getting at least something).

Once garnishments take effect, creditors have legal judgements against you or your possessions have been repossessed, bankruptcy cannot reverse these actions (i.e., you will have lost your opportunity to have possibly retained them).

Denver Bankruptcy Lawyer Jon B. Clarke Can Help You

Contact trusted Denver Bankruptcy Lawyer Jon B. Clarke for experienced help pursuing your best debt relief option. Call our firm at (866) 916-3950 or email us using the contact form on this page.

From our offices based in Denver, Castle Rock and Greenwood village, we take pride in providing people throughout the state of Colorado with the highest quality debt relief legal services.