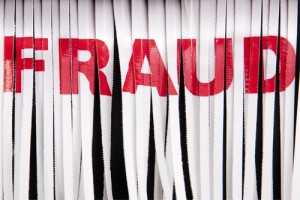 Avoid being accused of bankruptcy fraud, a serious federal crime, by working with the experienced Colorado bankruptcy lawyers at the Law Office of Jon B. Clarke, P.C.

Bankruptcy fraud is a serious federal crime that both the IRS and the Department of Justice are increasingly focusing on prosecuting, as these agencies see bankruptcy fraud as:

According to the Department of Justice, bankruptcy fraud is any act in which a person petitioning for bankruptcy intentionally lies to the courts in order to relieve himself of debt while boosting his own personal financial standing. In practice, bankruptcy fraud can take a variety of forms, with some of the most common being:

When it comes to prosecuting those accused of bankruptcy fraud, the Department of Justice is vigilant, and the accused can face devastating penalties – especially if they are also accused and convicted of other serious types of fraud, such as federal tax fraud, bank or mortgage fraud, etc. What can be just as scary as the potential penalties associated with bankruptcy fraud is the fact that some people accused of the crime may have never intentionally tried to commit it in the first place; specifically, simply making mistakes on complicated bankruptcy forms could be enough to bring on charges of bankruptcy fraud.

If you are facing seemingly insurmountable debt and are looking for a financial fresh start, make sure that your case is filed according to all legal standards by contacting the trusted Colorado debt relief and bankruptcy lawyers at the Law Office of Jon B. Clarke, P.C. Our experienced legal professionals are committed to providing each of our Clients with the debt relief assistance they need, and we will work relentlessly to ensure that our Clients’ cases are resolved as favorably and efficiently as possible. For a thorough assessment of your situation, along with expert advice regarding the best manner in which to move forward to unburden yourself from debt, call us at (866) 916-3950.