Complaints against Debt Collectors on the Rise, Report Reveals

More consumers are filing complaints against debt collectors for their allegedly harassing and abusive tactics, according to the findings of a recent report published by the Consumer Financial Protection Bureau (CFPB). As this 2014 report found:

Most Common Complaints against Debt Collectors 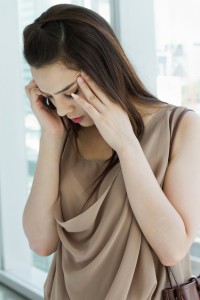 Last year, there was an increase in the number of complaints against debt collectors filed with the FTC, according to the findings of a recent report.

While the CFPB and the FTC investigate all consumer complaints against debt collectors, they are also the agencies responsible for taking action when it’s found that debt collectors have, in fact, violated consumers’ rights (as detailed in the FDCPA).

People who have been the target of illegal debt collection practices and who want to stop creditor harassment have a few of different options, including:

Denver, Colorado Bankruptcy Lawyers at the Law Office of Jon B. Clarke, P.C.

If you are overwhelmed by seemingly insurmountable debt and are looking for a financial fresh start, contact the trusted Colorado debt relief and bankruptcy lawyers at the Law Office of Jon B. Clarke, P.C. For more than 35 years, Mr. Clarke and his diligent support staff have been providing each of their clients with the personalized debt relief assistance.

To receive a thorough assessment of your case and professional advice regarding your best options for debt relief, call us at (866) 916-3950 or email us using the contact form at the top of this page.