Prominent U.S. Grocer on Brink of Filing for Bankruptcy, Some Say

A&P, a grocer that has been doing business in the U.S. for more than 155 years, may be on the brink of bankruptcy, some are predicting. Last month, attempts to sell the company via auction were not met with any viable offers.

Now, with only 400 locations open throughout the U.S., some expect that the stores will be sold piecemeal and that a bankruptcy filing may come any day. If it does, this would be the second bankruptcy filing for the company within a five-year period.

Despite the speculation, however, A&P has not confirmed its intentions, telling Bloomberg that, “No decision has been made regarding a particular outcome, and it would be inaccurate and irresponsible to suggest otherwise.”

Changing Consumer Needs May Be Central to A&P’s Downfall 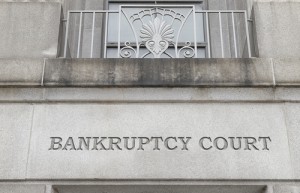 Once prominent U.S. Grocer A&P may be on the verge of bankruptcy, some say. Our Denver bankruptcy attorney explores some of the facts behind this speculation.

While time will tell what A&P’s next move is, one thing seems certain at this point – A&P has not been able to evolve with the changing consumer needs. In fact, when A&P was at its most popular in the U.S. (at which point it reportedly had more than 15,000 locations), consumers would shop at one grocer for all of their needs.

Decades later, however, people are far more apt to shop at various retailers for grocery needs, meaning that, even if they are shopping at A&P stores, they are buying far less than they once did (according to the 2013 American Pantry report). Specifically, researchers have found that the average household shops at a minimum of five stores to fulfill its grocery needs.

Additional factors that some have pointed out as being central to the decline of A&P have included (but are not limited to):

Have you ever shopped at an A&P? Do you agree that its business model no longer fits consumers’ needs and preferences? What do you think about the speculations that A&P is on the verge of filing for bankruptcy? Share your thoughts, opinions and comments with us on Facebook & Google+.

Denver Bankruptcy Attorney Jon B. Clarke Can Help You

If you are overwhelmed by seemingly insurmountable debt and are looking for a financial fresh start, contact the trusted Denver Bankruptcy Attorney Jon B. Clarke for experienced help pursuing your best debt relief option.

For more than 35 years, Mr. Clarke and his diligent support staff have been successfully helping our clients resolve even the most complex bankruptcy cases for individuals and businesses alike. Our experienced legal professionals are committed to providing each of our clients with the personalized debt relief assistance they need, and we will work tirelessly to ensure that our clients’ cases are resolved as favorably and efficiently as possible.

To get answers from an experienced and esteemed lawyer, contact us today. We encourage you to complete our Business or Consumer Debtor Analysis Form. You can also get answers from Denver Bankruptcy Attorney Jon B. Clarke by calling our firm at (866) 916-3950 or by emailing us using the contact form on this page.

From our offices based in Denver, Castle Rock and Greenwood village, we take pride in providing people throughout the state of Colorado with the highest quality debt relief legal services.