Pros and Cons of Having Credit Cards (Part 1) 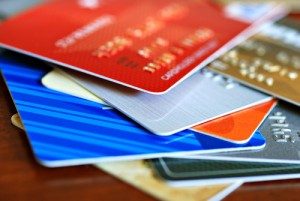 Some of the benefits of using cash instead of credit cards include spending less, having a tangible sense of the cost of items and avoiding credit card debt.

Although many people rely on credit cards to make their day-to-day financial transactions, an increasing number of people are choosing to forego having credit cards, opting instead to only use cash or their debt cards to buy things. The trend of moving towards not having any credits has been, for some, spurred by past accumulation of massive credit card debt and the desire to avoid digging such a financial hole in the future. In fact, according to a 2010 survey conducted by CreditCards.com, approximately 29 percent of respondents stated that they did not own any credit cards. This was a 10 percent increase from those who claimed to not have any credit cards in 2009.

For those who are choosing to not have any credit cards, some of the benefits can include (but are not limited to) the following:

If you are overwhelmed by seemingly insurmountable debt and are looking for a financial fresh start, contact the trusted Colorado debt relief and bankruptcy lawyers at the Law Office of Jon B. Clarke, P.C. Our experienced legal professionals are committed to providing each of our Clients with the debt relief assistance they need, and we will work tirelessly to ensure that our Clients’ cases are resolved as favorably and efficiently as possible. For a thorough assessment of your situation, along with expert advice regarding the best manner in which to move forward to unburden yourself from debt, call us at (866) 916-3950.